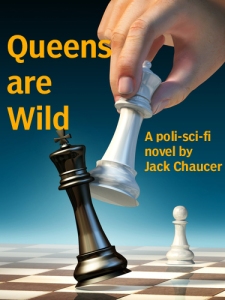 Fantastic review of “Queens are Wild” …

By Liz Barone on her blog!!! Hit the blue link directly above to read it.

It’s not easy writing fiction right now. I find it hard to use my imagination ever since a 20-year-old sicko decided to use his imagination to conjure up one of the most unthinkable mass murders in human history on Dec. 14 in Newtown, Conn. How do you look a frightened 6-year-old girl in the eyes and blow her away with a rifle multiple times at close range? And if that weren’t horrific enough, how do you do that again and again and again?

Words can be powerful, but sometimes they are completely useless.

These are no match against the power of a Bushmaster rifle unleashed in a classroom full of terrified youngsters.

And now, in this equally brutal aftermath, we are left with paltry words like “Why?” and “How?” Sadly, no spoken or written explanation will bring back the wasted lives of 20 first-graders and their six heroic protectors — none of whom ever thought they’d need to arm for war inside the halls of an American elementary school.

No, there’s plenty to write about regarding the real world right now — fiction seems like pointless escapism from a place where innocent children and teachers are gunned down in broad daylight just 11 days before Christmas.

Ah, Christmas. I wonder how many young Americans found “Call of Duty” under their Christmas tree in December 2011. Isn’t that what Christmas is all about? The birth of Jesus, a message of life and love, is celebrated by giving gifts that involve killing as many people as possible. No, those virtual people aren’t real. But there are 20 sets of parents in Newtown whose first-graders didn’t come home on Dec. 14, and the young recluse responsible was reared and coddled in a dark basement by “Call of Duty” and, just for added danger, a mother with a fetish for real guns. That’s not fiction. That’s America today — mass killings for play and mass killings for real. There’s no sugarcoating how far the human race, and more specifically America, has sunk with this latest atrocity.

There are no words to write our way out of what we’ve become. There are no words. None. This blog post may be some attempt at therapy, but it will fail miserably in the face of the horrors witnessed by those poor first responders on Dec. 14. Imagine if one of us had to walk into Sandy Hook Elementary School that day. Imagine trying to go on with your life after that. That’s not fiction. That happened — IN AN ELEMENTARY SCHOOL — not very far from where I live with my wife and twin toddlers. I’m glad they are young enough right now that I don’t have to try to explain to them what happened to those little kids and their teachers. Because there are no words. None.

We all have to take a look in the mirror. I’ve written three novels in the last four years and all of them have involved guns to varying degrees. Am I any better than “Call of Duty?” Sure my books are 1/1 billionth as popular as that video game, but aren’t I contributing to this same American culture that treats gun violence with such a cavalier attitude? Guns are so embedded in our way of life that it never even dawned on me to think about how I included them in my fictional stories in a negative light.

Right now I’m thinking and writing about 26 tragic endings that should never be forgotten. How do we writers honor their memory?

No, words are no match against a Bushmaster rifle, but we’ve got to try.

If we don’t, some day soon we may be forced to write words we never thought we’d have to — the obituary of our own child — just like 20 sets of parents in Newtown did in the days leading up to Christmas. Imagine an empty chair at your Christmas dinner table.

BY JACK CHAUCER
This is an addictive and fascinating true story. Pansini, a roofman and computer information retrieval expert, gets himself intertwined in a secret 1980s Cold War showdown between Russian spy Mikhail Katkov and the FBI. Katkov calls Pansini in response to his fledgling business’ computer search ad in the New York Times in 1983, and thus begins a four-year relationship between Pansini and the UN diplomat who is doubling as a GRU agent for the Russian military.
Katkov meets Pansini fairly regularly at his run-down apartment in Washington Heights, N.Y., and pays him to retrieve “interesting” but unclassified information over the pre-Internet digital dirt roads. Pansini contacts the FBI early in this process and becomes a valuable informant, meeting agents in diners and hiding tape recorders in his apartment. Pansini has embedded authentic audio files of these conversations with both Katkov and the FBI agents in the body of the story. These enhancements — put together with Pansini’s blunt, riveting and often humorous account of what it was like to go from average Joe to espionage middleman — make for a gripping listen/read.
Pansini does a great job of bringing out the humanity in everyone he deals with, especially Katkov, a bear of a man who becomes Pansini’s friend even as he is unknowingly being led toward his inevitable downfall in December, 1987. The emotional strain on Pansini as he goes through this self-inflicted four-year ordeal is real and well-told in “Roofman: Nail-banger, Librarian & Spy.” He even confides his mission for the FBI to his ex-girlfriend at one point. He thought it might impress her as they considered rekindling their relationship. Instead, it scares her off.
And all of this for what?
One of the FBI agents helped sum it up: “Both sides can blow each other up ten times over. What we have here is simply one economy (Russia) desperately trying to catch up with the other (USA). It all boils down to building a better washing machine.”
“You mean I’m risking my ass so some Russian housewife can get her clothes 50 percent brighter?” Pansini asked.
The FBI agent nodded.
I highly recommend “ROOFMAN: Nail-banger, Librarian & Spy.” It’s totally unique, interesting and entertaining, and I think Pansini proves his writing talent is on par with his amazing ability to fool Russian spies.